A new study has shown that the overwhelming majority of UK consumers don’t trust what companies say in their advertising. So what does that mean for brands? 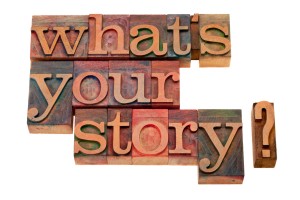 The fact that a mere 15.4% of the population believe brands’ advertising shows a need to shift from product pushing to storytelling in order to drive sales.  The annual Global RepTrak 100 study by the Reputation Institute found that just 15.4% of UK consumers believe what companies say in their advertising, with the rest neutral, disbelieving or unsure.

The study also found that almost two-thirds (60%) of consumers globally are uncertain if they can trust the top 100 most reputable companies for product quality, honest business practices and credible leadership. Some 43% are unsure if a company’s products and services are of a high quality.

Kasper Ulf Nielsen, executive partner at the Reputation Institute, says companies that have successfully built trust have focused their marketing on bringing personality to the brand, rather than pushing the product alone, by engaging with customers on social media and co-creating campaigns with them. He warns of the risks of companies “not telling their stories”, particularly as critical consumers take to social media to voice their opinions.

Nielsen adds: “The mix of social media and critical consumers is toxic so companies need to get their good stories out there as a buffer to the negative claims. We know that even a single story can disrupt the most well-planned strategy, so to ensure positive results, companies need to tell their story.”

One excellent example of brand storytelling is Chipotle’s The Scarecrow (https://www.youtube.com/watch?v=lUtnas5ScSE), a video created for online viewing to promote a free iOS game that enables players to earn buy-one, get-one-free deals on certain Chipotle menu items. It takes on processed food with its story of a dystopian world in which a scarecrow is forced to work in the factory of fictional industrial giant “Crow Foods”, but ultimately rebels, to produce and market his own farm-grown food. Message: “Cultivate a better world.”

Mark Crumpacker, CMO of Chipotle, whose brand promise is that it’s [fast] “Food with Integrity”, summed up the new campaign’s strategy in noting to USA Today that Chipotle is “trying to educate people about where their food comes from” but Millennials (Chipotle’s core target audience) “are sceptical of brands that perpetuate themselves.”  “The more people learn about where their food comes from and how it is prepared, the more likely they are to seek out high-quality, classically prepared food like we serve in our restaurants”, Crumpacker elaborated in Chipotle’s release about the campaign.

Appealing to your target audience on a personal and emotional level seems to be the way forward in advertising. The most trusted companies (The Walt Disney Company and Google, according to the RepTrak survey) see reputation as an input to their strategy, not as a passive output from their communications. They use feedback from customers and other key stakeholders to make better business decisions, and that is what makes them trusted and relevant. By working systematically with reputation they have a clear understanding of where to invest and what to say, which increases their return on investments